How to cite this article Kumari A, Rai S, Neeraj S. Study of Increase in Hemoglobin Concentration after Administration of Intravenous Iron Sucrose in Pregnant Women with Severe Anemia. World J Anemia 2018;2(3–4):79–84.

Conflict of interest: None

Introduction: Iron-deficiency anemia is a great concern among obstetricians. Anemic women are at a greater risk of dying during their pregnancy. Despite the measures taken to control anemia in pregnancy in the last two decades, the severity of nutritional anemia continues to remain a public health issue of great magnitude. Oral supplement or iron has several drawbacks. Hence an idea was conceptualized to conduct a study to evaluate the efficacy of IV iron sucrose (OROFER-S) in the improvement of hemoglobin concentration in the antenatal mothers with severe anemia.

Materials and methods: This progressive study was conducted in antenatal OPD of obstetrics and gynecology department of VSS Medical College, Burla, Odisha for a period of 24 months.

Results: Out of 23 antenatal mothers with severe anemia, 73.91% were residing in rural area and 26.08% were residing in urban area. The cases recruited in the study were given a total of 300 mg elemental iron as iron sucrose complex diluted in 0.9% of NS per week. Hemoglobin level was estimated at the onset and again two weeks after the completion of the study. On completion of therapy, there was significant improvement in Hb level with a rise of Hb level (2.5–3) in 4.3% mothers, and (1.5–2) g/dL in 60.66% cases. No rise in Hb level was observed in 8.6% cases. Present study shows correlation between severity of anemia and gravidity with multigravida accounting for 65.21%. Most of the patients (39.13%) were just literate or had primary education (26.08%). The study groups faced only minor side effects like nausea (21.73%), shivering (13.04%), no serious anaphylactic reactions were observed. Low birth weight (47.82%) is the most common fetal complication. Further IUGR accounts for 34.78% and premature labor (13.04%). Gestational hypertension (21.73%), postpartum hemorrhage (17.39%) and preterm labor (3.90%) and the common maternal complications observed.

Anemia is the commonest medical disorder in pregnancy. More than half a million maternal deaths occur each year, approximately 90% of which are in developing country.1

Anemia in pregnancy is defined by the World Health Organization as a hemoglobin (Hb) value below 11 g/dL and a hematocrit of %3C;0.33. The Indian Council of Medical Research (ICMR) uses further categories of anemia depending on hemoglobin levels.1

Prevalence of anemia is estimated to be about 40% of world’s population. Nearly half of the global total number of anemic women live in India subcontinent and, in India alone, the prevalence of anemia during pregnancy may be as high as 88% with iron deficiency being commonest cause worldwide.2

In developing countries, anemia in pregnancy is frequent and has been attributed to poor nutrition and high incidence of concurrent disease, and can potentially complicated mortality in developing countries. There is evidence indicating that maternal hemoglobin level under 7 g/dL is associated with higher risk in mother of developing heart failure, which has adverse consequence on the mother and fetus (Figs 1 to 3).1

These are various possible forms of treatment for iron-deficiency anemia. Iron can be given by mouth, by intramuscularly (IM) injection of intravenous (IV) injection.1

Oral iron is often preferred route of administration for mild anemia, while IM and IV routes are more frequently used in people with severe anemia when the risk of cardiac failure due to severe anemia are perceived to out weight the risk of potential adverse effects.1 Parenteral iron preparations available are iron dextral complex, iron sorbitol citric acid complex or iron sucrose complex. Since age old whether oral or parenteral preparation of iron increases the Hb after around 3 weeks. So parenteral iron even the total close iron (TDI) does not help in increase of hemoglobin for emergency or pregnancy at term.2

We are in search of an iron preparation which can increase the hemoglobin in a shorter period may be 5–7 days. Therefore we have chosen iron sucrose complex to see the result mainly in respect of the time taken for increase of hemoglobin.3 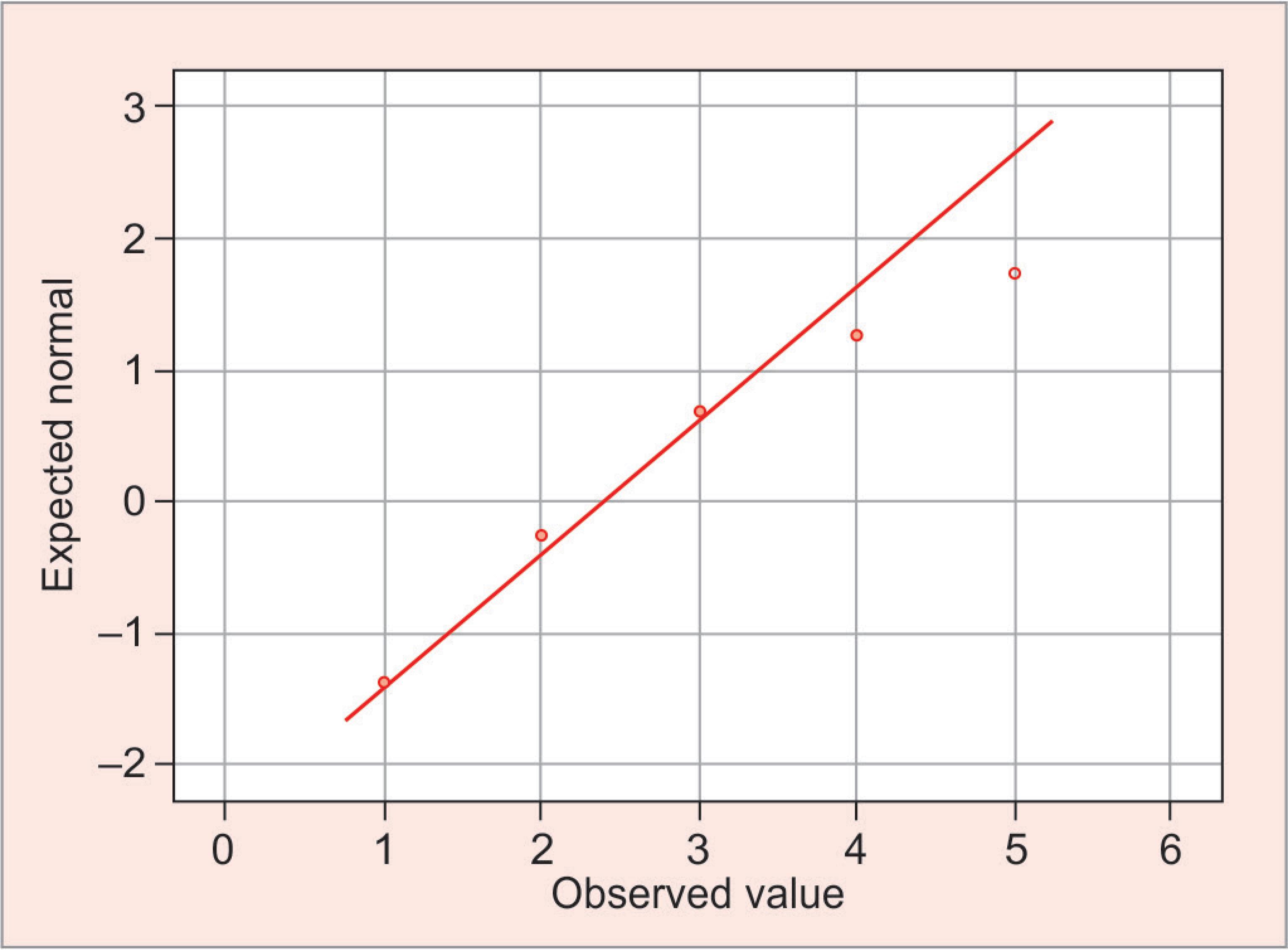 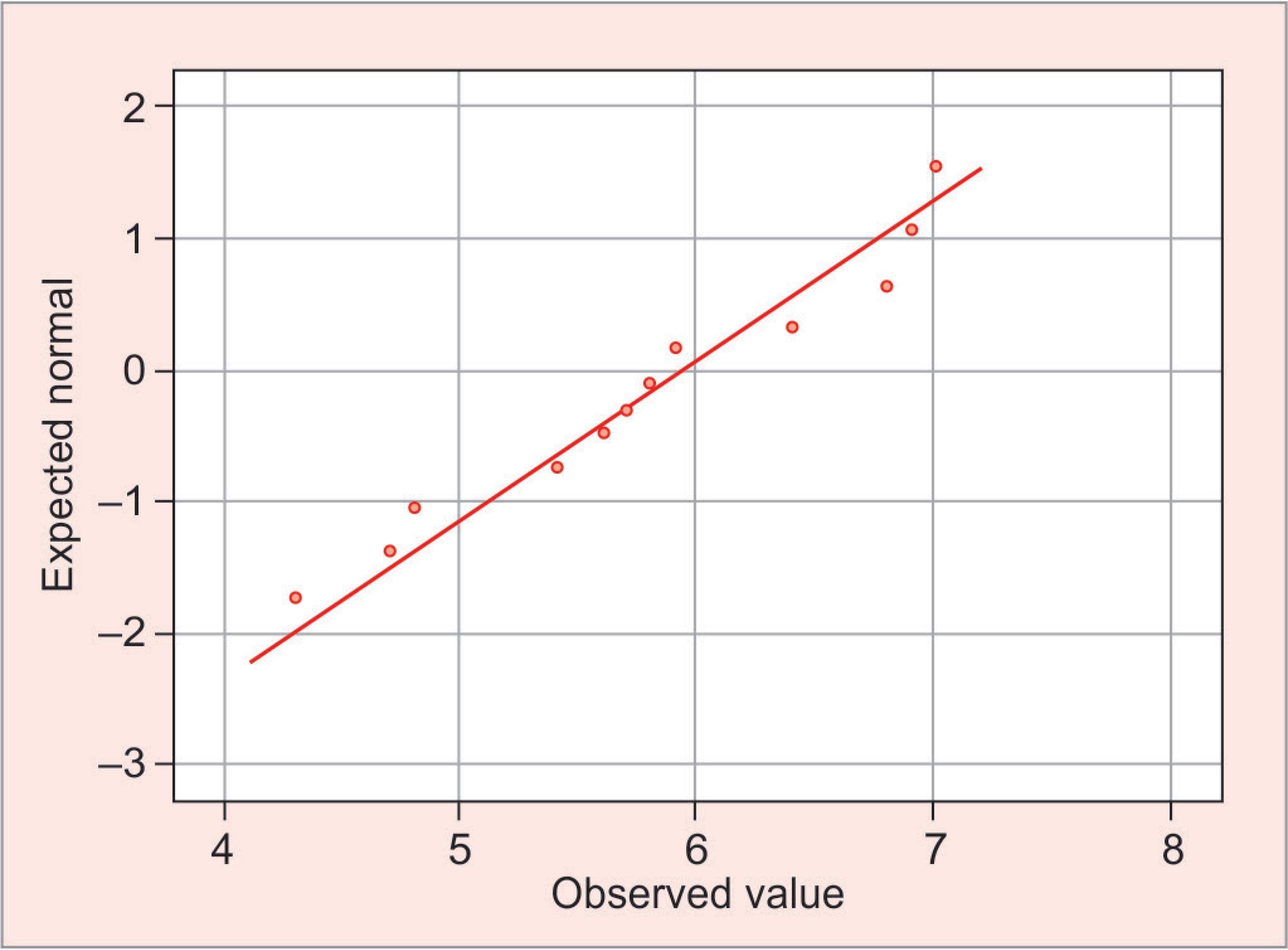 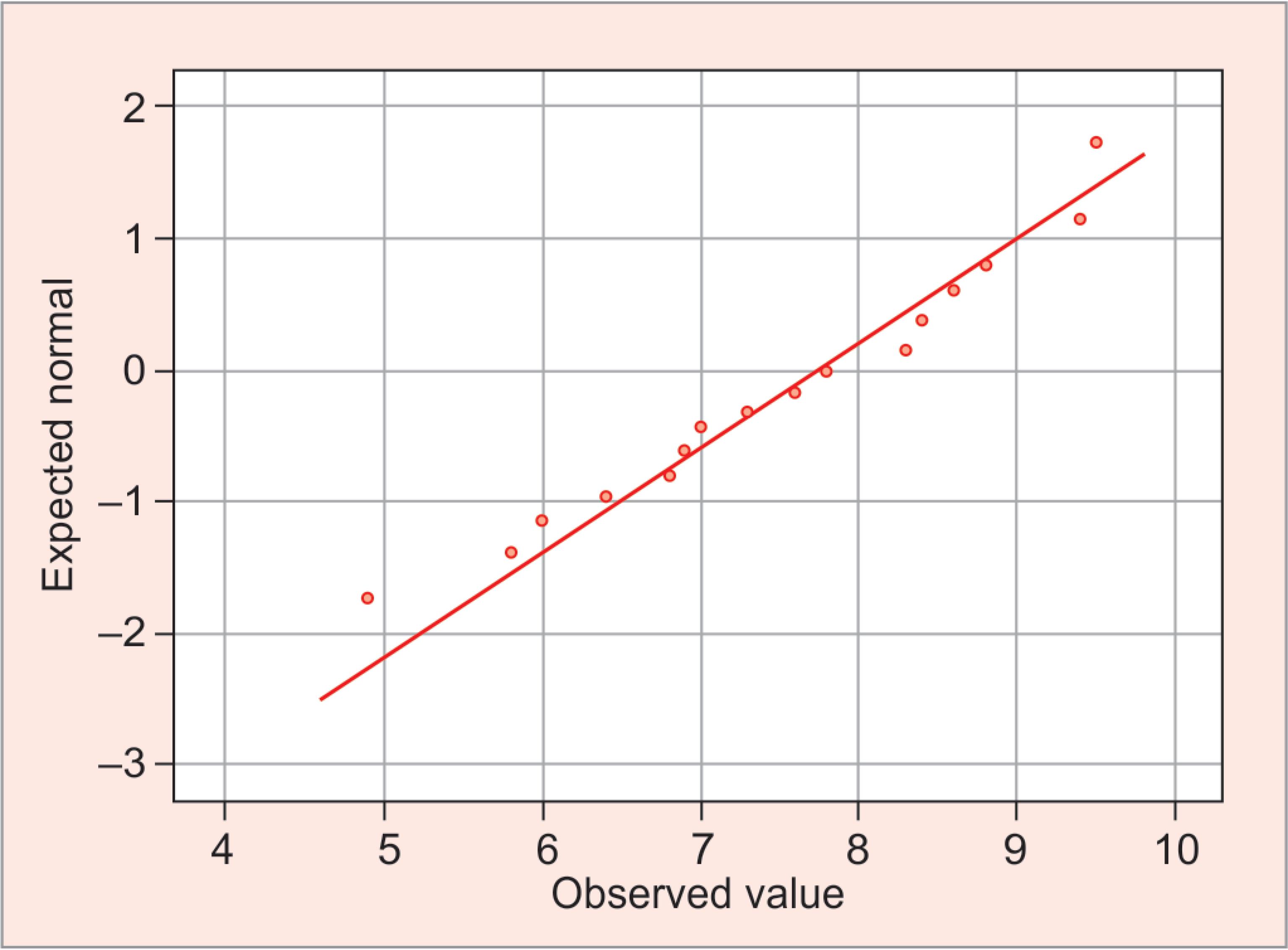 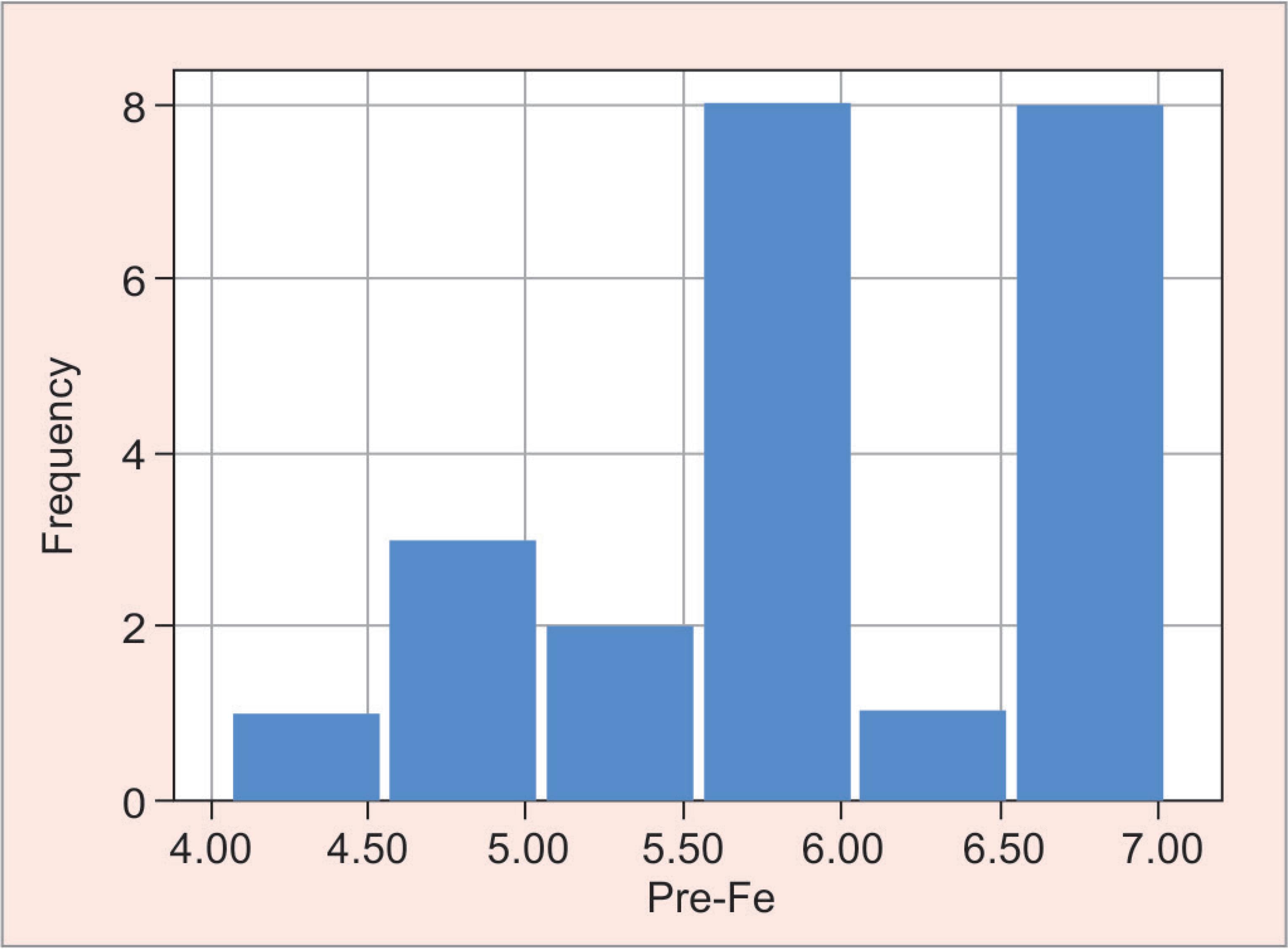 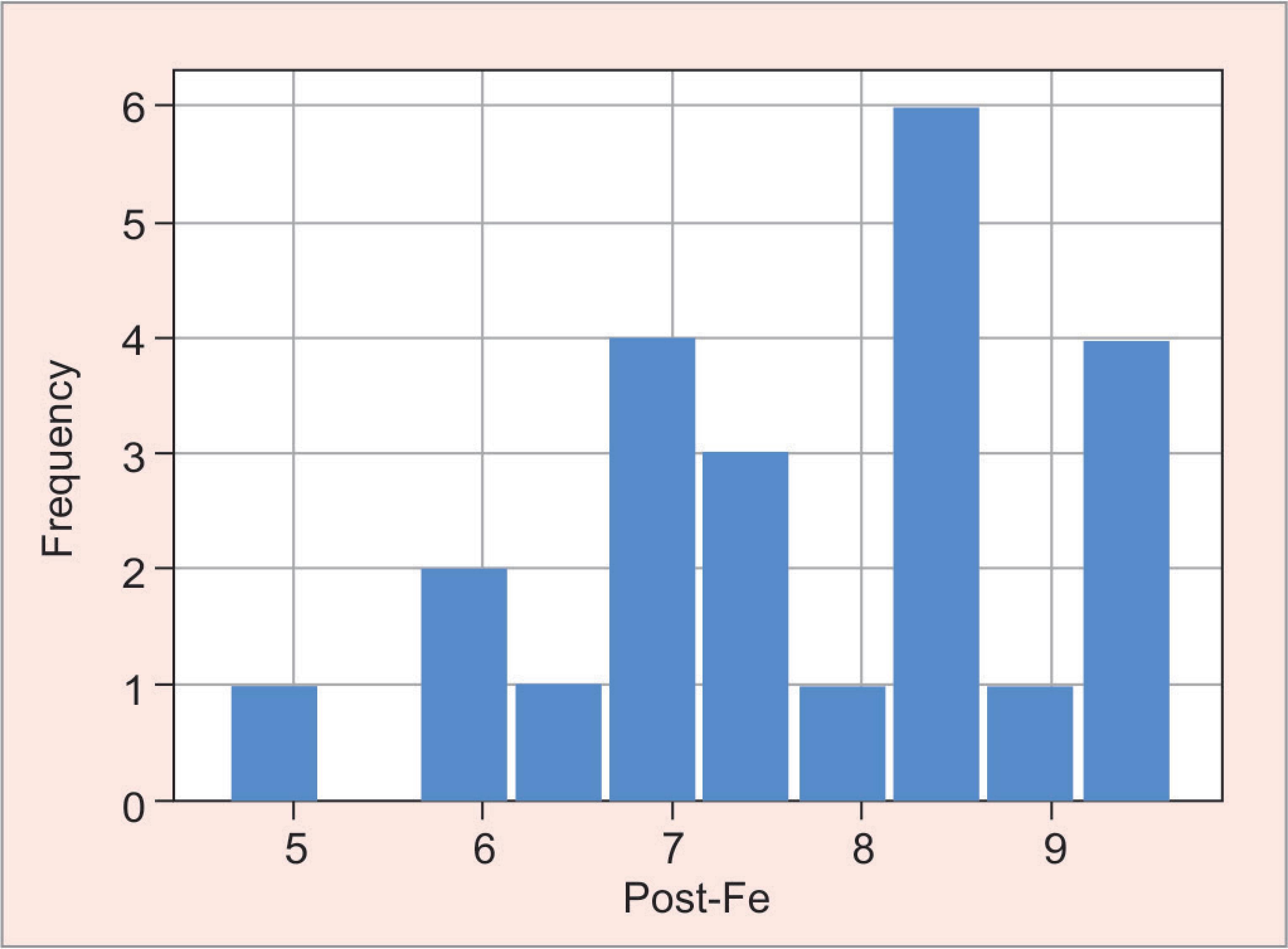 All IV iron agents consist of spheroidal nanoparticles in which a core of iron oxyhydroxide gel is surrounded by a shell of carbohydrate that stabilized the iron oxyhydroxide, slows the release of bioactive iron and maintains the particles in colloidal suspension. After injection, the particles mix with plasma, enter the reticuloendothelial system and are taken up by phagocytes in the liver, spleen and bone marrow, thus, the iron is released into an iron pool, from which it is either incorporated by ferritin into intracellular iron stores or released from the cells and taken up by transferring for delivery to erythroid precursors.4

Despite cost, side effect and invasive nature of IV iron therapy, there is considerable history of their safe and effective use, though usually confined to the second and third trimesters (Figs 4 to 6).4

The place of IV iron therapy has been variously defined in condition:4 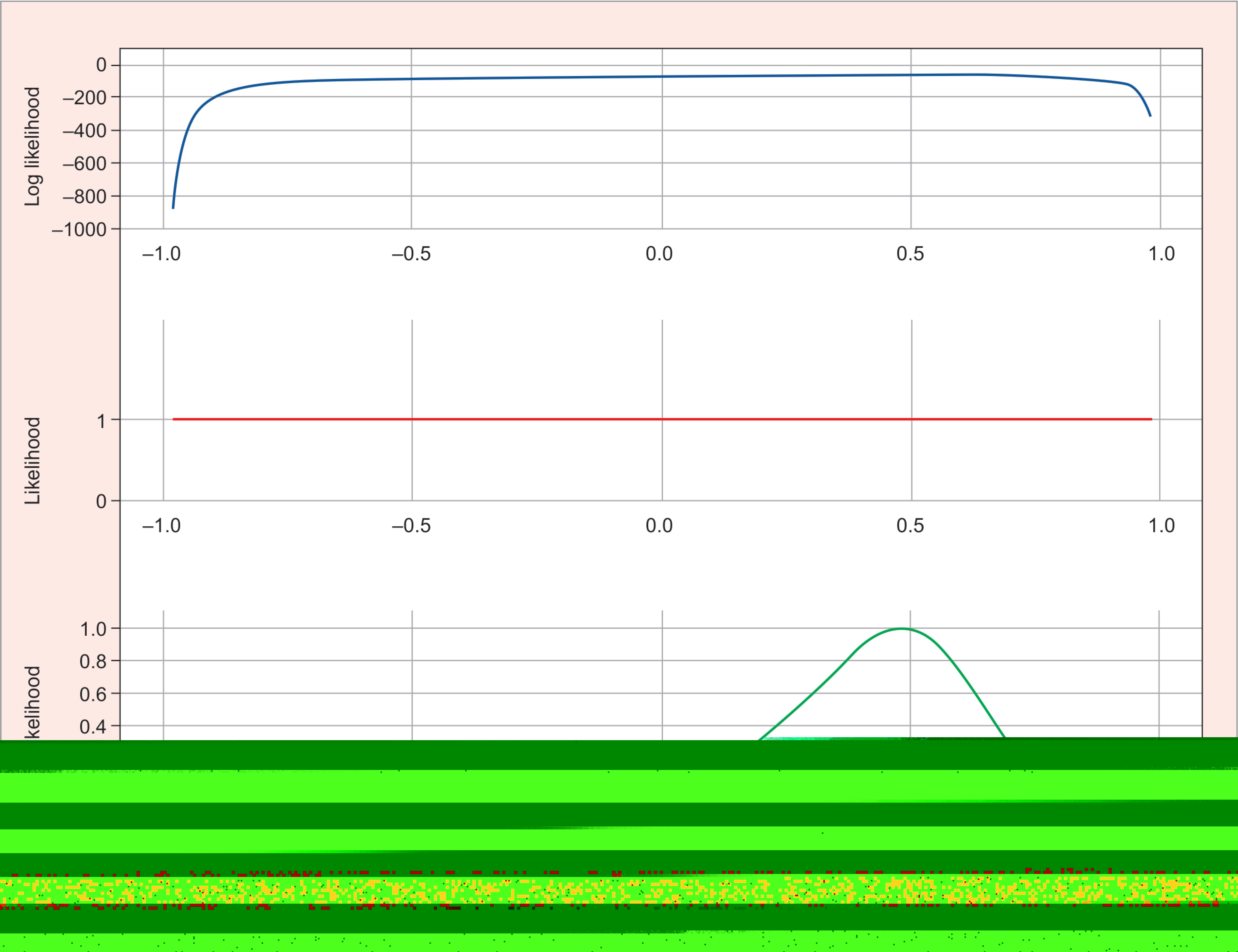 Intravenous infusion should be given in hospital setting with injection epinephrine, hydrocortisone and oxygen always available in the event of anaphylactic reaction. In case of any reaction in the form of chest pain, rigor, chills, fall in blood pressure, dyspnea, hemolysis and anaphylactic reaction infusion should be stopped and antihistaminic, corticoids and epinephrine given.5

The present study was conducted on pregnant women with severe anemia attending antenatal OPD of V.S.S. Medical College, Burla, Sambalpur, for a period of 24 months from September 2014 to September 2016.

To be determined as per statistical sampling methods.

* Correlation is significant at the 0.05 level (2-tailed)

Prevalence of iron-deficiency anemia during pregnancy shows declining trend in many developed countries, but in India the prevalence is still very high, between 33% and 100%. According to WHO, in developing countries the prevalence of anemia among the pregnant women averages (56%), ranging between 35% and 100% among different regions of world. In this study out of 8,390 antenatal cases, 432 were randomly screened for anemic status based on Hb level during their first visit to OPD, 143 (33.01%) were found to be nonanemic and 289 were anemic. Among the anemic cases, 137 (31.71%) mildly anemic, 88 (20.37%) moderately anemic, 64 (14.81%) severely anemic which is comparable to the study done by Riffat and Khan on association of severe anemia and adverse pregnancy outcome. It was found that frequency of anemia was 69.9% and that of severe anemia was 4.8%.6 Low prevalence of severe anemia in Odisha may be due to availability and consumption of iron folate tablets. out of 64 antenatal cases with severe anemia, only 23 cases (35.93%) had informed choice for IV iron sucrose therapy and hence recruited in the study. Rest 41 cases (64.06%) received blood transfusion. This may be explained by a randomized trial by Ragip et al. which shows the disadvantages of intravenous treatment, i.e., cost, need for hospitalization or an outpatient setting and invasive nature of the procedure.7 In the present study, the severity of anemia is found to be maximum in the age group of 20–24 years (47.82%) followed by 26.08% in the age group 25–29 years. Similar results were obtained by Gautam et al. with most pregnant women (56.10%) between 20 years and 24 years, followed by 25–29 years (21.1%), while <20 years accounted for 19.3% and only 3.5% were 30 years and above.8

Also, similar study by Nesimi et al. revealed average age of pregnant women with anemia to be 24.75 ± 5.08 years <20 years were 22.6% and 5.9% of the women were ≥35 years group.9,10 In the present study, antenatal cases with severe anemia belongs to rural area (73.915) and rest were residence of urban area (26.08%), this in accordance with the study by Gautam et al., who observed high prevalence of anemia and its severity in rural are of Delhi.8 Present study shows that most of the cases (69.56%) with severe anemia belongs to poor socioeconomic status having poor family income, 26.08% with low income and only 4.34% belong to middle income group.6 Similar study by Thangaleela, Vijayalakshmi and Saah et al. shows an inverse relationship of severity of anemia with income and educational status.11–13 The present study shows a close association between the severity of anemia and literacy status with most of the antenatal cases having less than primary education (26.08%), illiterate (13.04%), just literate (9%) which is comparable to the study by Gautam et al., who observed that the most cases with severe anemia were educated only till high school or less.8 Nesimi Kisioglu et al. reported the highest percentage of women with primary education 78.7% with only 4.4% literate, 13.7% high school graduate and 3.2% were graduate of higher education.10 In the present study, multigravid women were more prone to anemia and its increased severity (65.21%) and only 34.78% were primigravida which is comparable to the studies by Gautam et al. and Nesimi Kisioglu et al., showing increased severity of anemia with gravid >2.8,10 5 out of 23 (21.73%) cases complained of nausea and 3 (13.04%) cases have shivering, rest with no side effect. Similar results were observed by Govan and Scott with minor side effects in 20% cases and severe adverse event in 1–2% cases.14 Bashiri et al. reported the common side effects of intravenous iron sucrose are fever, shivering, nausea, change in test and hypotension in less than 1% cases and anaphylactoid reaction rarely occurred.15

We found close association of severity of anemia with fetal outcome with low birth weight babies accounting for 65.21%. Rest 34.78% had babies with birth weight more than 2.5 kg. Similar results were obtained by Lone et al. and Malhotra et al. which showed the increase risk of lower birth weight with severe anemia.18,19 Rehman et al. observed that the mean fetal birth weight was 2.47 ± 0.331 kg in anemic women and 3.31 ± 0.297 kg in nonanemic women.20 The present study shows that most of the cases 69.56% had vaginal delivery and 21.73% underwent cesarean section.

We found abnormal fetal outcome in patients with severe anemia with low birth weight contributing to 47.82%, prematurity 13.04%, IUGR 34.7% and IUD 4.2%. This observation is comparable to the study by Lone et al. which showed increased risk of all these complications.18 A retrospective analysis by Karasahin et al. found the rate of preterm delivery to be 9.9% and that of IUGR 3.4.21 The present study shows incidence of PIH 21.73%, PPH 17.39%, preterm labor 8.6% at delivery, which is comparable to the study by Kurki et al.22 Retrospective analysis by Emre et al. also revealed rate of pre-eclampsia 8.6% and preterm labor 9.9%.21

This is particularly beneficial in our country, where women indeed have minimal or nil iron stored. It also alleviates the requirement for blood transfusion, possibility of irregular intake of iron during pregnancy and fulfills the iron requirement beyond doubt even in minimum 3 weeks.

Though no serious adverse effects were observed in this study, it should be always kept in mind while administering as IV iron sucrose complex. This is a short study to comment about side effects of parenteral iron, and we need an extensive study to comment precisely of the above aspects.

As evident form this study intravenous iron sucrose is one of the promising iron preparations for use in obstetric as it is safe, effective and easy to handle by the physician.